How can Scandium positively affect the aerospace industry when used as an alloy with Aluminium?

Scandium was first used in aircraft by the Soviet Union during the cold war.

The Russians produced Scandium Oxide from various sources and supplied to the military. The Scandium oxide was then developed and used in lightweight, high-performance AlMgLi-Sc materials for MIG 29 fighter jets which first entered service in 1985 being used in components such as nose cones, missiles, engines, wings, etc.

Although the Wright Flyer I was made mainly out of wood, in order to make the engine light enough, it had an aluminium crankcase.

Duralumin was used to build the first all-metal plane, the Junkers J1, developed in 1915 by Hugo Junkers, the famous German aircraft designer.

A new streamlined aircraft shape emerged, enabled because of the use of Aluminium.

The best -selling commercial jet airliner in history, the Boeing 737, was launched in 1967, using mainly the Al2000 series aluminium alloy.

Until now the most widely used aluminium alloy in aerospace is Al2024 although there has been further refinement.

Nowadays, the focus is on improved emissions.  Boeing and Airbus continue to work on new aluminium alloys such as AlLi or AlSc which promise even greater weight reduction and efficiency improvements.  High-strength Aluminium alloys remain key airframe materials.

Alongside aviation, scandium is used in –

As a resource, Scandium is mainly produced as a co-product alongside other ores.  However, the use of Scandium is limited by price due to this – a scandium mine is an expensive venture!

GSA Environmental has developed significant expertise in recovering Sc2O3 from titanium dioxide manufacturing plants; patenting their techniques as a ZERO WASTE OPTION.  Recovering the scandium, vanadium, niobium as oxides, iron as goethite, aluminium and titanium hydroxides and in some cases also producing gypsum.

GSAe hydrometallurgy is much lower in capital and operating costs; as well as utilising what would otherwise be another landfilled waste material. 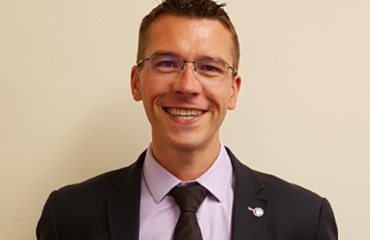